Azimio La Umoja One Kenya coalition leader Raila Odinga has claimed that the removal of four dissenting IEBC commissioners is part of a sly move to influence 2027 general elections.

Raila alleges that the commissioners’ ouster is part of President William Ruto’s mission to select a group who would be easy to work with and complete the takeover of the elections body in preparation for the 2027 elections.

Speaking on Thursday at the Jaramogi Oginga Odinga Foundation (JOOF), Raila claimed that Ruto was seeking retribution against the four commissioners because they ‘did not dance to his tune’ during the August election.

“The Ruto administration supports this conspiracy because it wants to pick a set of user-friendly commissioners to complete the capture of IEBC for the 2027 election,” he said.

Odinga advised the commissioners to forego the proceedings claiming the probe was political in nature.

“This probe is politically motivated, it is a continuation of the witch-hunt mission that Ruto is on. We advise the commissioners to boycott it in the interest of constitutionalism and rule of law,” he said.

After initially attending the proceedings surrounding the removal of the four, Raila, Makau Mutua, and Wiper Democratic Movement leader Kalonzo Musyoka later walked out to hold a press conference.

Raila’s counterpart Martha Karua claimed that the current administration was edging closer to totalitarianism and urged people to maintain their vigilance.

“We will not tire to remind Kenyans that if we drop our vigilance, we are in for a ruthless dictator than we have ever seen and that has not been witnessed in this region,” she said.

The four commissioners—IEBC Vice Chairperson Juliana Cherera, Justus Nyang’aya, Irene Masit, and Wanderi Kamau—rejected the results of the presidential election that IEBC Chairman Wafula Chebukati had announced, claiming that the process of final verification and tallying was cagey.

If the committee determines the four commissioners are guilty as claimed in the petitions, the president, William Ruto, will be informed and will convene a tribunal to examine their actions and make recommendations. 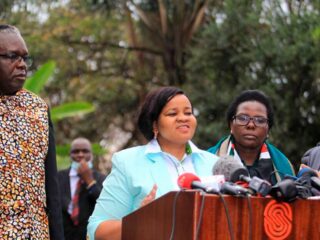 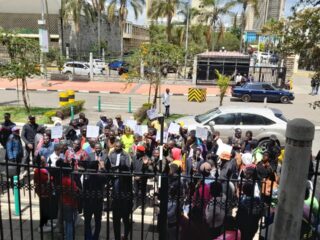 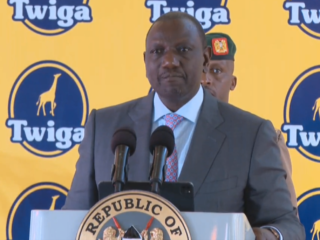