Kenya Electricity Generating Company (KenGen) has posted a KES4.7 billion profit after tax for the period ending June 30, more than double the KES1.8 billion posted by the company over the same period last year.

The energy producer has attributed the 157 percent year-on-year rise to business growth at a time
when the NSE-listed company commissioned 86MW Olkaria I Unit six earning a tax expense
reduction.

During the same period, revenue grew by 7.5 percent from KES45.7 billion in 2021 to KES49.2
billion, as the company continued to benefit from its investments in geothermal which ensured
stable supply despite low generation from hydropower plants due to poor hydrology in most
parts of the year.

Over the period ending June 30, KenGen generated more than 70 percent of the country’s
renewable energy. This came from the company’s total fleet of hydro, geothermal, wind, and
thermal, with a combined capacity of 1,904MW which delivered 7,918kWh during the year.

Commenting on the results, KenGen Acting Managing Director and CEO, Abraham Serem said:
“KenGen has strong business fundamentals, posting stable results backed by its growth,
innovation, and expansion strategy. We are pleased to report growth in profit after tax for the
year ended June 30, 2022, despite the prolonged drought which has affected hydropower
generation during the period under review. We look forward to a promising year ahead buoyed
by expected increased economic activities.

Serem went on to state: “From an innovation perspective, we are particularly keen to explore
opportunities in the E-mobility space, which we recently delved into by unveiling four electric
vehicles which we will use to collect data over the medium term with the view of informing
future investment decisions on the same.” 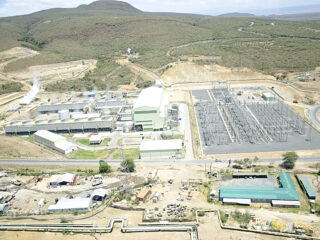 KenGen announces plan to increase renewable energy use by 3,000 MW 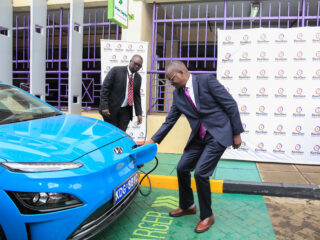 KenGen to roll out 30 electric vehicle charging stations in 2023 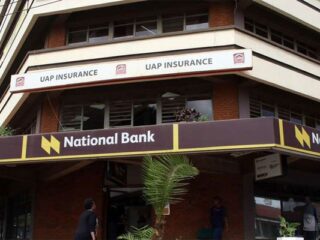