Revealed: Why there is so much added time at the World Cup games?

At the Qatar World Cup, a match lasting more than 100 minutes is starting to become the new normal.

In the France match against Australia, there was a total of 13 minutes added time.

Fifa has confirmed that a new rule requiring that all “unnatural lost time” be added at the end of each half is the cause of the significantly extended time. FIFA has asked officials to more precisely track when a game is stopped for goal celebrations, time wasting, video assistant referee decisions, substitutions, penalties, and red cards.

“If we want to have more active time, we need to be ready to see this kind of additional time given,” said Pierluigi Collina, the chairman of Fifa’s referees committee.

“Think of a match where in a half there are three goals. The celebration normally takes one to one and a half minutes. With three goals, basically you lose five, six minutes. So what we really want to do is to accurately calculate the time to be added,” he added.

According to Opta, the four World Cup halves with the most stoppage time since records began in 1966 all occurred on Monday, with the second halves of the USA vs. Wales and Senegal vs. Netherlands both having more than 10 minutes added on. That was prior to the 14 minutes of additional time in the second half of Argentina’s match against Saudi Arabia.

“If we want to protect the image of the game we must calculate time and add it on at the end of each half. We do not want matches where the ball is only in play for 43, 44 or 45 minutes. We must make sure the time is fair for both teams,” Collina said.

A proposal for games to be cut down to 60 minutes of “effective playing time” with the clock stopping when the ball is out of play was rejected by Ifab, the body responsible for enacting football laws.

In the Premier League last season, the average time the ball was in play was just over 55 minutes, but in other leagues, that time went to as low as 45 minutes. 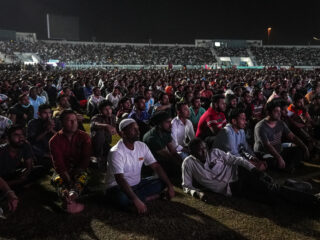 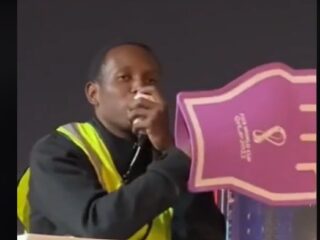 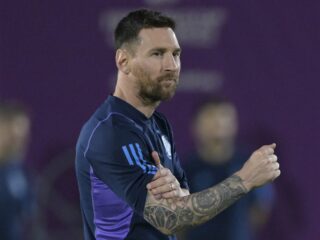