Chrissy Teigen: It was actually a life saving abortion

Tv host Chrissy Teigen opened up about her pregnancy loss that she experienced back in 2020, that it was a life saving abortion to save her own life.

During Propper Daley’s ‘A day of unreasonable conversation’, Chrissy explained that, when she was pregnant with Jack, she and John Legend had to make a hard decision, since it had become clear that he would not survive and that she wouldn’t either without any medical intervention.

She said that she hadn’t realised it was a life saving abortion, until June. She added that it was an abortion to save her life for a baby who had no absolute chance.

Chrissy who shares a six year old daughter, Luna and a four year old son, Miles , with Singer John Legend, said that she felt horrible for referring to her abortion as a miscarriage. She said that she became really frustrated that she had told the world it was a miscarriage and she felt silly that it had taken her over an year to understand that they had had an abortion.

After sharing her story to the public, she wrote on Twitter responding to mean comments,

‘‘I knew this would happen, and honestly I’ve already seen you do your worst, so if this makes you feel better, great. It doesn’t make me feel worse though.”

The model is currently expecting a baby and despite all she has gone through, she wrote on Instagram and said, ” I don’t think I’ll ever walk out on an appointment with more excitement than nerves but so far, everything is perfect and beautiful and I’m feeling hopeful and amazing.” 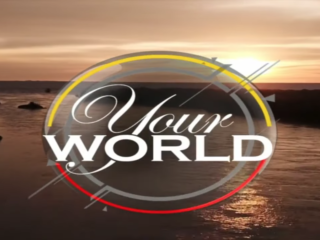 What to do when you partner gives you the silent treatment

H_art The Band after 10 years in the music industry