Why I fired my Gen Z house girl

Growing up, many of us were fully or partly raised by house girls.

It is a puzzling fact that appalling tales regarding their behaviours have stayed the same or even gotten worse over the years; meaning there is little to no effort to change this situation.

If this was a support group I would share the awful experience that made me cling to my mother’s foot, as she was leaving for work, begging her not to leave me in the house with the house girl; she sensed my frustration and fear and tagged me along.

So tell me why my aunt went and got herself a Gen Z house help.

Generation Zs are popular for their out-of-the-box thinking, expressing their unfiltered emotions, and not playing by the rules.

These behaviors are acceptable and entertained when they are constructive and beneficial to the respective niche of work.

Being a house help isn’t the first job or side hustle that comes to mind for anyone who spends most of their life going to school, especially Gen Zs, but the high rate of unemployment has forced many young girls to find refuge in this, so as to make ends meet.

Bitter as one may be with the situation, it is humane to be courteous with your employer.

Case in point: Aunt Mwende is a dramatic lady but, she was not prepared for the drama that she was about to experience when she moved in to live with her sister.

Her first duty was to teach a fresh out of form 4 girl, Kulosa (not her real name), how to manage this particular household.

Kulosa was an “I know someone” referral from a village in Ukambani and knew very little of Nairobi. Mwende was up to the task but her student slept in class, so much so that four weeks since the lessons began, Kulosa still couldn’t properly prepare an acceptable basic meal.

Frustrating as it was, Mwende chose to be patient and kept doing most of the tasks the house girl was being paid to do. Kulosa took advantage of this.

“Tell me how someone can stir fry kamande with only onions when all ingredients are available. Isn’t this simply an act to test my patience because I had clearly shown her how to stir fry food?” a frustrated Mwende vented to me over the phone, a few days after Kulosa was fired. This is just but one of the many incidents of stubbornness she displayed. It was as if she was aiming at getting fired as soon as possible.

The day of reckoning came on a Sunday, a special day when the family ate chapatis. Usually, Mwende helped with this but this day she was tired and asked Kulosa if she knew how to make good chapatis, to which she responded: “yes I do, at home I am the one who cooks them”.

Night came and she was asked to prepare the meal; she kneaded the flour and left it to stay. Moments later she approached Mwende and said “I am not making the chapos, you go make them”.

The audacity Mwende thought, she was fed up and decided not to move an inch ‘kama mbaya, mbaya’. Long story short, the man of the house arrived late and there was no supper.

The flip side: this is not to say that all Gen Z house girls, are problematic.

Anne Muchoki said she was lucky as she lived and worked with one house girl for 10 years, who she ended up considering a member of her family. However, these success stories are as rare as a sunflower in the desert.

“Go pick your kids, I am gone” Juliah called live on the show narrating how she was sent into a panic after receiving this text from her house girl.

Justus Mudavadi, another guest said he gave up on the search after character development by several girls he employed. He made a special mention of one who decided to turn his house into a disco.

There is no formula to finding the perfect house girl. Many put their trust on Agencies to deliver the perfect house help for them while other call on relatives to send and idle girl from the village. However parents are still insecure to leave their kids with a total stranger and this has led to many especially in the city to install nanny cameras, as a safety net for their kids.

Irene Nelima, also a guest on the show, advised employers to do a little bit of background research on the people they employ, explaining that you might employ a person who is depressed and might take it out on kids.

A quick search on google led me to several house help agencies which insists all their domestic workers are trained, and certified and will provide background information on request.

However, details of the training were not provided as none of the agencies that appeared on top searches had an official website.

Linking this with the troubles our girls are facing in the Gulf Nations, I second Florence Bore, the Labor and Social Protection Cabinet Secretary who said,  during vetting in Parliament, she will ensure proper training for Kenyan workers who travel abroad.

When government takes charge of this matter, I believe order will be brought and cartels running agencies just for profit will be sniffed out.

For now, I hope the training offered and certified by the government will be extended to domestic workers within the country. 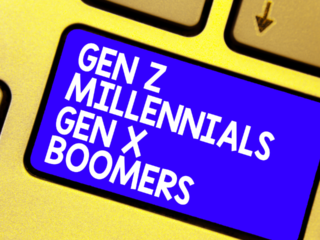