All eyes will be on National Assembly Speaker Moses Wetangula this afternoon to see how he resolves the leadership stalemate in the August House. Azimio la Umoja Coalition and Kenya Kwanza have claimed to possess a numerical advantage and merit to represent the majority.

The fight for the third most powerful seat in parliament is between Azimio’s Ugunja Constituency MP Opiyo Wandayi and  Kenya Kwanza’s Kikuyu MP Kimani Ichungw’ah.

In the purge that followed Azimio’s loss of the presidency and the gazettement of nominated MPs, Kenya Kwanza holds the majority with 179 of the 349 MPs while Azimio has 158 members.

Under Article 108 (2) the leader of the majority party shall be the person who is the leader in the National Assembly of the largest party or coalition of parties.

The two parties have their heels dug in, each insisting they are the majority. Azimio argues that they have 172 members while Kenya Kwanza has 165 members.

“The question of Azimio being the majority coalition party in the national assembly is already settled by the constitution statutes and standing orders and anybody who is dissatisfied with that decision can do the most logical thing and go to court,” said Wandayi.

Kenya Kwanza has called on the speaker to set aside four parties ( United Democratic Movement, Maendeleo Chap Chap, Pamoja African Alliance, and Movement for Democracy and Growth) who have headed to court saying they are being held hostage in Azimio la Umoja. The four parties have 13 members, who defected to Kenya Kwanza something that Azimio has rejected.

The resolution of the matter is important since the majority leader is the lead speaker for the majority party during floor debates, develops the calendar, and assists the president or speaker with program development, policy formation, and policy decisions.

The majority and minority leaders, as well as the whips, are members of the important house business committee, which is charged with creating the house schedule and deciding what business will be conducted.

The 13th Parliament will begin its seatings today, October 4, at 2pm. The lawmakers are also expected to debate President Ruto’s legislative agenda. 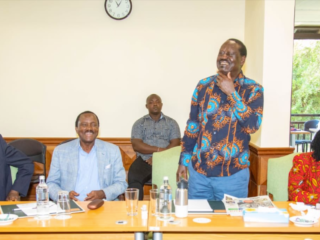 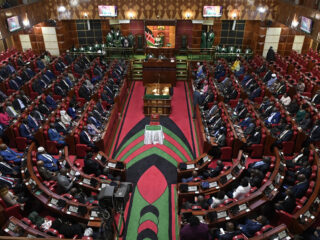 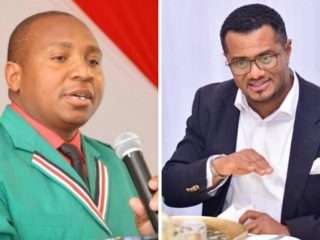