Aaron Nanok, an Agronomist from Turkana County named as the United Nations in Kenya Person of the Year Award winner 2022 for his commitment in sustainable agriculture.

“Am privileged, am humbled to stand before you and more so to thank World Food Programme, Kenya for nominating me for this award,” Aaron said while delivering his acceptance speech.

The runners-up for the UN in Kenya Person of the Year 2022; John Mugendi Gitonga, a champion in countering corruption and illicit trade in wildlife products and National Environment Management Authority (NEMA) known for safeguarding of the environment received Certificates of Commendation.

Mugendi said he was privileged to have been recognized by the UN in Kenya and paid tribute to KWS. “I’m honoured to receive this award and I want to thank the KWS leadership for their commitment to the implementation of governance structures with the support we have continued to receive from the UNODC as we continue to fight corruption and wildlife crime,” he said.

While expressing gratitude for the award on social media, NEMA stated that the ban on plastic carrier bags was an important step towards the historic plastic resolution adopted by UN member states in March 2022. The plastic ban was heralded as the most significant environmental achievement since the Paris Agreement.

NEMA is the first national organization to win the UN Person of the Year award.

For more than two decades, the award has been granted annually to honor UN Day on October 24 and recognize an individual or institution’s efforts to bring to public attention relevant issues related to the Sustainable Development Goals (SDGs) and maintain UN principles.

Wawira Njiru, the founder of Food for Education, received the prestigious prize last year. Her charity provides nutritious, healthy lunches to over 33,000 youngsters every day. 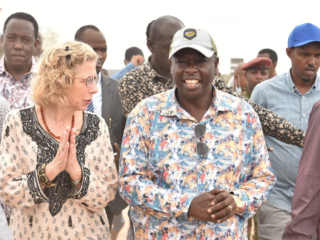 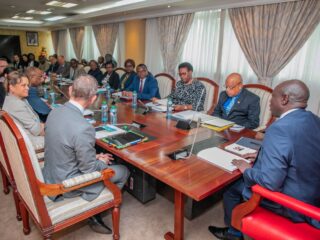