The Head of State arrived in Juba on Saturday afternoon, December 3, and was welcomed by President Salva Kiir.

The two are due to hold bilateral talks as well as examine the status of the Lapsset Corridor Program, the region’s main project.

Ruto has been travelling the world in an effort to boost the country’s bilateral ties, get finance for various projects, and grow the market for Kenyan exports.

The current visit follows the Head of State’s return from a three-day tour to South Korea.

On November 22, Ruto travelled to South Korea and secured a KES 120 billion loan from the South Korean government to fund initiatives in health, ICT and agriculture, energy, housing, and urban transportation.

The Korean visit was also accompanied by a pledge by the Asian country to assist in the construction of the Nairobi Intelligent Transport System and Bus Rapid Transit, two of Kenya’s earlier projects that have yet to take shape.

The President’s travel to Korea came just hours after he returned from a four-day tour to the Democratic Republic of the Congo. In DRC, Ruto met with President Felix Tshisekedi.

During the visit, the president insisted that the Kenyan troops deployed in DRC’s security mission are meant to help “restore” peace in the troubled east of the country.

“We are acutely aware that we have many peacekeeping troops in DRC. But from where we sit as a region, we do not think there’s so much peace to keep,” he said.

In November, he began his state visits by attending the United Nations Climate Change Conference in Sharm el Sheikh, Egypt, where he articulated Africa’s case for climate action.

His speech focused on the loss and damages to funding, as well as the delays he called “cruel and unjust,” as Africans are already suffering disastrous consequences.

Ruto is the Chair of the African Heads of State and Government Climate Change Committee.

Ruto visited Uganda for their 60th Independence Day celebrations and Tanzania for two days each between October 8 and 10.

On October 6, the President travelled to Ethiopia with Prime Minister Abiy Ahmed to witness the opening of Safaricom Telecommunications Ethiopia.

Ruto paid a two-day state visit to the United Kingdom in September to attend the burial of Queen Elizabeth II, Britain’s longest-serving monarch.

That tour was followed by a trip to the United States to attend the United Nations General Assembly’s 77th session, as well as a meeting with US President Joe Biden.

His predecessor President Uhuru Kenyatta had made 10 state visits between February and July 2022. Over his ten years in office, President Kenyatta made 150 official state visits. 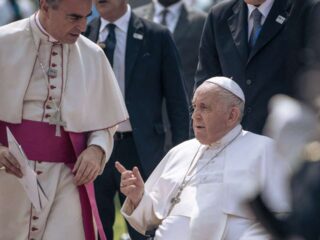 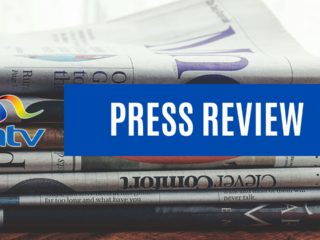