There were plans to abduct and murder Chebukati, Ruto

President William Ruto claimed that there was an attempt to abduct and murder the chairman of the Independent Electoral and Boundaries Commission (IEBC), Wafula Chebukati, during the August 9 general election.

Ruto revealed the attempt during a meeting with constitutional commissions and independent institutions, including the electoral agency, at State House in Nairobi on Tuesday, January 17.

He stated that the attempt was made in an effort to replace Chebukati with a compliant commissioner who would do the “system’s” bidding in exchange for rewards.

Ruto also revealed that the drama that broke out at Bomas of Kenya, Nairobi, before the announcement of the presidential results, had been “sanctioned from the highest offices of the State.”

A new government survey  has exposed the extent of extramarital affairs in the country, revealing that Kenyan men have an average of seven sexual partners and women two in their lifetime, as well as counties with the most cheating.

The report detailed trends in sexual behaviour among Kenyans over 12 months, exposing reckless tendencies that could be fuelling sexually transmitted infections, including HIV.

The survey further established that the percentage of women who used condoms at the last sexual encounter with a person who was neither their spouse nor lived with them decreased with age, from 46% among women aged 15-19 to 29% among women aged 30-49.

The Independent Electoral and Boundaries Commission (IEBC) has proposed a number of measures to improve the electoral process in the country.

The recommendations, which were included in a post-election evaluation report launched by IEBC Chairman Wafula Chebukati on Monday, call for a review of the law to allow voters to transfer freely to registration centers of their choice.

The report also calls for a review of the law to provide guidelines on sources of information for proof of residence of persons applying to transfer and freely pick a registration center. The IEBC also proposes to reduce the cost of elections in Kenya, which are among the most expensive in the world.

The Ethics and Anti-Corruption Chairman, Archbishop Eliud Wabukala, has stepped down from his role after a six-year term in office.

In a statement, the head of the EACC, Twalib Mbarak, praised Dr Wabukala’s contributions to the agency, stating that he leaves behind a stable, professional and reliable anti-corruption agency.

Mbarak also credited Wabukala with shaping the strategic and policy direction of the commission, which has led to significant milestones in the fight against corruption and the promotion of ethics in the country.

The statement also expressed the EACC’s gratitude to Wabukala for his contributions to the fight against corruption and wished him well in his future endeavors.

Cooperatives and MSME CS Simon Chelugui has said that Hustler Fund borrowers will only be able to access their savings after one year, and only 30% of the total money saved will be accessible.

The remainder, which is 70%, will be saved for the long-term up to the retirement age of 60 years.

The CS said that the fund is geared towards inculcating a saving culture, especially among the 16 million Kenyans who are not in formal employment. He added that savings are in a fixed account and the contributor enjoys interest.

“We have directly touched more than 18 million Kenyans through the fund and we are happy with the progress we are making,” the CS said.

KRA to raise stamp prices for alcohol, cigarettes and cosmetics

Consumers in Kenya are facing price rises on alcohol, cigarettes, cosmetics, and fruit juices, following a proposal by the National Treasury to raise the price of excise stamps by up to four times.

These higher stamp prices will likely be passed down to the final consumer, adding to the recent 6.3% adjustment for inflation that came into effect last October.

Kenya is working to digitise data on mineral rights, location, and compliance with regulations in order to lift the ban on prospecting permits.

The previous administration under President Uhuru Kenyatta stopped issuing prospecting licenses in 2019 to allow for fresh mapping of mineral resources.

However, the three-year moratorium has slowed new investments in the sector, which contributes less than 1% to the country’s GDP.

President William Ruto, who took over power in September, has pledged to unlock the potential of the sector and make it a key driver of Kenya’s growth.

The country is believed to hold significant deposits of copper, niobium, manganese, and rare earth minerals which remain largely under-exploited.

Commonwealth Games 100 metres champion and world marathon record holder, Omanyala, and Kipchoge, are among the front runners for the 2022 Sports Personality of the Year Awards (Soya) Male Award.

The winner will be declared during the 19th edition of Soya gala on Friday at the Kenyatta International Convention Centre (KICC).

Faith Chepng’etich, the women’s winner in 2021, is up against the history-making tennis sensational, Angela Okutoyi, who won a first ever grand slam title for Kenya.

United’s owners the Glazer family said in November that they were considering selling the club as they “explore strategic alternatives”. Ineos said the company had “formally put ourselves into the process”.

Ratcliffe, a boyhood fan of United, made an unsuccessful late £4.25bn offer to buy Chelsea last year after owner Roman Abramovich put the London club up for sale.

He said he would have tried to buy the Old Trafford side following the failure to acquire Chelsea but, after meeting with brothers Joel and Avram Glazer, stated that they did not want to sell.

However, since then the Glazers have changed their stance and he has now joined the bidding process. Ineos group owns Nice in France and Swiss club Lausanne. 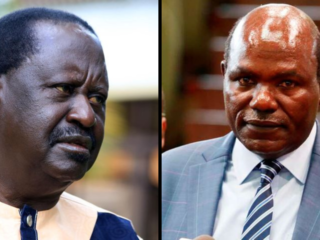 Chebukati threatens to sue Raila over bribery claims, dares him to release proof 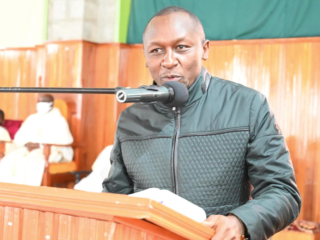