Ugandan President Yoweri Museveni has apologized to Kenya over the reckless tweets posted by his son General Muhoozi.

Museveni in a statement acknowledged that his son’s meddling in Kenyan politics was inappropriate.

He said it was wrong for Ugandan government officials to interfere in the affairs of other countries.

“I ask our Kenyan brothers and sisters to forgive us for tweets sent by General Muhoozi, former Commander of Land Forces here, regarding the election matters in that great country. It is not correct for Public officers, be they civilian or military, to comment or interfere in any way, in the internal affairs of brother countries,” Museveni said in a statement.

Museveni went on to say that he had personally apologized to President William Ruto and that his son had made positive contributions to the nation, thus the promotion.

Museveni stated that the only legitimate outlet available is the African Union’s Peer Review Mechanism or confidential discussions between us or EAC and AU fora – not public statements.

“There are many other positive contributions the General has made and can still make. This is a time-tested formula –discourage the negative and encourage the positive. Very sorry, ndugu zetu Wakenya. Also sorry to the Ugandans who could have been annoyed by one of their officials meddling in the affairs of brother Kenya,” Museveni said.

Despite his military career, Kainerugaba is a vocal social media user, routinely trading insults with opposition personalities and weighing in on politics.

On Monday and Tuesday, he tweeted a series of controversial remarks, including a proposal for the unification of Kenya and Uganda and an offer of cows to marry Italy’s likely next leader.

“It wouldn’t take us, my army and me, 2 weeks to capture Nairobi,” Kainerugaba wrote, referring to Kenya’s capital.

Kenyans reacted angrily to his remarks on social media. 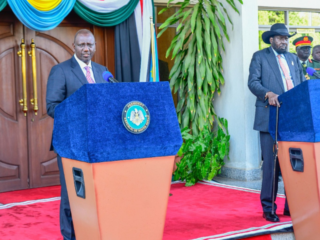 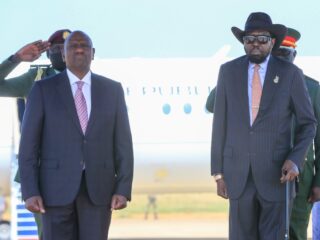 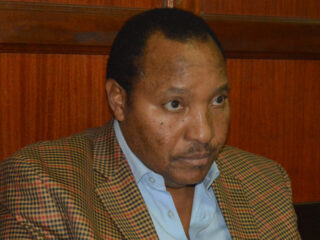