It is my view that the President should urgently and with the approval of the cabinet, of course, set up a team that will look into the insecurity menace in the Northern Frontier counties, i.e. Turkana, West Pokot, Baringo, Laikipia, Samburu, Elgeyo Marakwet and Isiolo from a holistic and multifaceted approach. The team is to report directly to the President.

I know we are fed up with “task forces and Commissions of inquires”, but hear me out; The mandate of this team will be to look into the long-term solutions even as the immediate interventions of peace meetings, and disarmament, among others, are taken.

The team needs to be on this 24/7 ensuring that these aspects are incorporated into the holistic approach.

Deliberate and Targeted Development with funding.

This in my opinion is the ultimate solution where it is ensured all children are in school. The team can come up with creative ways of doing this. I cannot overemphasize the importance of education. It will eventually break the cycle.

Let us be honest with ourselves, we only see so much pain and anger when so many lives are lost, forgetting that almost every day, lives are lost and livelihoods destroyed. One life is one too many.

Once it happens, we see reactionary efforts; stern press statements, leaders meetings, operations, and disarmament giving false hope that something is being done. After a couple of weeks, life goes back to normal until the next incident.

As a peace champion who deals with these issues in my constituency on almost a daily basis, I think that as a people, we have to walk the talk and make this a thing of the past.

This cannot be a one-day, or one week affair. It has to be a long-term commitment by the President and the team that will be set up to look into ending this outdated practice.

To avoid wastage of resources, the members can be seconded from different agencies and departments of government that touch on the different sectors that have a direct link to this matter instead of fresh recruitment. Representatives from Relevant Security Agencies, NCIC, CoG, Cabinet, NGCDF, NGAAF, and Development Partners among others.

The beauty is we will not be reinventing the wheel but can learn from best practices in Karamoja; Uganda and South Eastern Anatolia Development Project in Turkey. Less tough talk and more sustainable action. 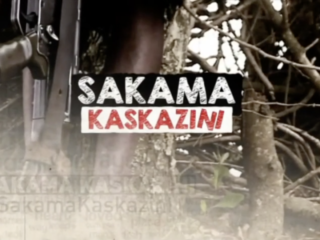 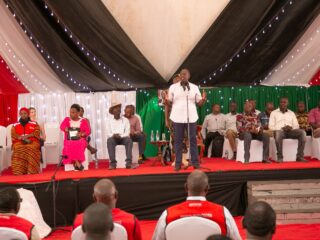 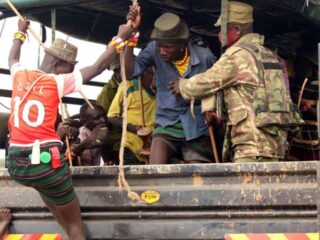