Abubakar Abbas, a 23-year-old Kenyan working in Qatar, has captured the hearts of many FIFA World Cup fans with his passionate task of directing attendees to Doha’s Metro station.

Sitting atop a high stool, Abbas, now dubbed Metro man, announces to Cup attendees with a megaphone and foam hand ,”Metro! Metro! Metro!,” with the avid football fans responding ,”This way!” Abubakar has in the last few days gained over 40,000 followers on his TikTok account becoming an internet sensation.

Back in Kenya, Abubakar’s family couldn’t be more proud of their son’s fortune. Born and raised in Mombasa county, ‘Metro guy’ has always enjoyed playing football, according to his childhood friend, Mkala Anzafila.

Warda Abbas, Abubakar’s mother, was elated when she saw her son trending on social media due to his work. She thanked the county’s woman representative for having recruited Abubakar for the job.

On the other hand, his father Abbas Mwandambo a long-distance driver said his son followed in his family’s footsteps in becoming a footballer. Mwandambo noted that Abubakar’s uncle was a great footballer who founded Soweto FC.

“Ni kijana mtiifu, anayewapenda wazazi. Anajulikana mtaani kama Aguero kwa sababu ya ile spoti. We were at first reluctant for him to go to Qatar due to the stories we heard previously on the internet,” the father said.

On 26th November, Abubakar was given the rare chance of addressing football fans in a Qatari stadium packed to capacity. 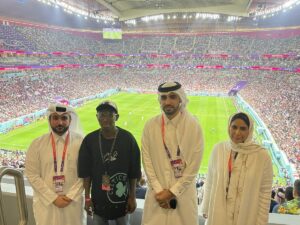 The family appealed to President William Ruto to help their son after his three-month contract comes to an end in Qatar. The Mombasa county assembly deputy speaker Fadhili Makarani urged the government to make the Mombasa youth their brand ambassador. 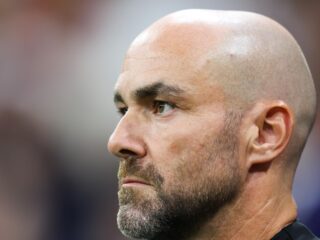 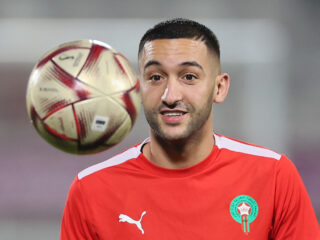 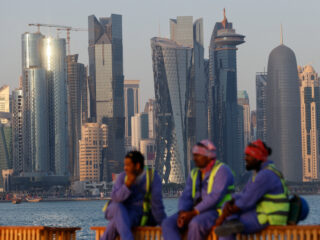