Keep off politics and treat all equally, Ruto tells police

President William Ruto has asked the police to be apolitical while discharging their duties.

Speaking while addressing Regional Police Commanders at State House, Nairobi, on Wednesday, the head of state said they must serve all Kenyans fairly, irrespective of their political or ethnic affiliation.

“We want the police to be professional, independent and accountable while protecting Kenyans,” Ruto said.

He said he had decided to make the police financially autonomous so that they can conduct their duties competently.

He added that the Government will provide the police with modern equipment to help confront insecurity in the country.

Cabinet commended security personnel on Tuesday for continuing to make significant personal sacrifices to protect the country and its borders.

As a further step to detect and prevent the trafficking of drugs and other psychoactive substances, the organ also approved the reinstatement of multi-agency coordination between security operators and organs at all points of entry into the nation.

Interior CS Kithure Kindiki said police will prioritise the enforcement of public safety in Nairobi and other towns.

President Ruto has severally said the Kenya Kwanza coalition will restore dignity in the civil service.

He has pledged, among other things, to urgently review the general welfare of the officers, including their salaries and other benefits, and to involve all relevant parties, including the public. 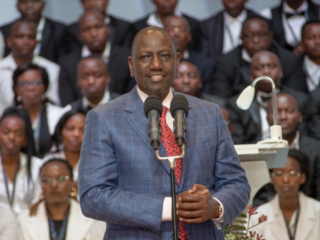 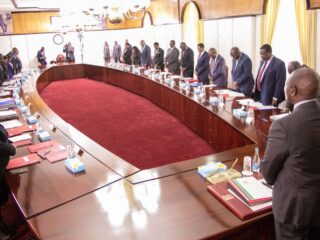