Deputy President Rigathi Gachagua has today presided over the launch of a three-day induction for the Education Reforms Taskforce asking them to be bold and honest in their assessment of the sector.

The 49-member task force was constituted by President William Ruto to review the education sector with an emphasis on the Competence Based Curriculum.

The task force led by Professor Raphael Munavu commences their induction today at Cemastea Research Institute in Karen that will evaluate the different sectors and mandates of the committee besides discussing and adapting a six-month work plan.

Gachagua urged the task force to evaluate the sector and let the government know what is ailing the sector.

“Tell us the truth, raw as it is. We are not interested in being praised and being told what we want to hear,” he said.

Outgoing Education CS George Magoha called on the committee to thoroughly investigate all levels of the sector and work with an open mind.

“Can we go to the unknown? Get results, analyse them, and take them to him.” He added,” Don’t start from an answered point of view, where you work from what you want to bring him.  You will not have helped him.”

Among the roles of the committee will be to assess and recommend an appropriate structure to implement the CBC, study all laws governing the basic education subsector and make recommendations for review of the legislation with a view to addressing duplication, ambiguities, efficiency constraints, and improving linkages.

On TVETs and universities, Ruto mandated the task force to review and give recommendations on the governance mechanisms of learning institutions and sharing of resources across schools.

Magoha was quick to remind the task force of the struggles of higher education, which has seen universities battle rising debts and falling student numbers.

He asked the task force to ignore those he termed ‘fake experts’ in the sector while urging them to evaluate higher education without prejudices.

The Committee will furnish the President with a report on their progress every two months, and a final report at the end of the term.

President Ruto has granted the committee powers to invite and consider views from sector stakeholders and members of the public, hold such a number of meetings in the places and at such times as it shall consider necessary for the proper discharge of its functions, and regulate its own procedure. 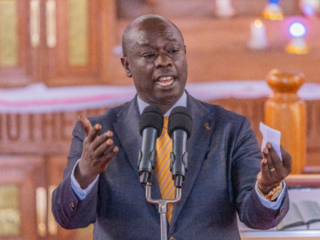 Everybody must pay taxes, reiterates Gachagua 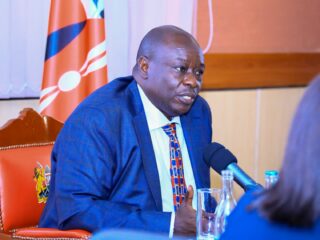 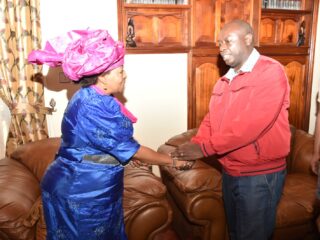