Ballot Tracker: Five things you need to know about the August 9 election as of June 22

Jubilee party Vice-Chairman, David Murathe, has lauded the audit done on IEBC’s register of voters by KPMG where 22,120,458 Kenyans are eligible to vote in August. According to Murathe, should Azimio lose the August election, they shall not allege rigging unless there’ll be glaring issues of manipulation by the IEBC.In the early morning interview with NTV’s Mark Masai, Murathe was keen to note William Ruto was an afterthought candidate for the deputy president position in the run-up to the 2013 election.

Azimio-One Kenya presidential candidate Raila Odinga will lead his presidential campaigns in Samburu county. On the other hand, the Azimio-One Kenya Deputy President Nominee Martha Karua will be in Nanyuki and Nyahururu before proceeding to Nairobi county where she’ll meet Muslim leaders tonight. This comes only days after President Uhuru Kenyatta introduced Raila Odinga, and Martha Karua to the Akorino, urging them to support the two in the same way they endorsed his presidency.

DP Ruto to hold an economic forum with persons living with disabilities in Ngong Racecourse Nairobi. This comes a day after he held a consultative economic forum with business people from different economic sectors in Nairobi County. The Kenya Kwanza presidential candidate is set to launch his manifesto on June 30th after he’s done with the economic forums. DP Ruto will then lead campaigns in Kajiado county while his running mate, Rigathi Gachagua takes the campaign trail to Nakuru county.

President Uhuru Kenyatta refused to sign into law the controversial ICT Practitioners Bill. The Bill fronted by nominated MP Godfrey Osotsi was approved by the National Assembly two weeks ago attracting a lot of backlash from Kenyans. The president sent the bill back to parliament with a list of changes he desired to be made before he can give it the green light. The bill had been roundly condemned by a cross-section of ICT stakeholders including Cabinet Secretary Joe Mucheru.

In order to work with them, I had to be corrupt~ Igathe on why he quit as Nairobi deputy governor

Jubilee party Nairobi gubernatorial aspirant Polycarp Igathe has reiterated on why he resigned as Nairobi Deputy governor barely six months after assuming office. Igathe says he failed to earn the trust to get his job done.

‘I am not going to take a salary and not do anything. I am an honest sincere individual. In order to work with them, I had to be corrupt,’ Igathe said on his campaign trail 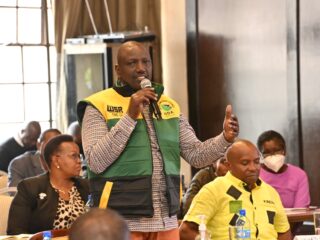 Ruto: We have no problem with IEBC staff as long as they are competent 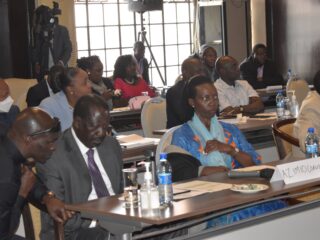 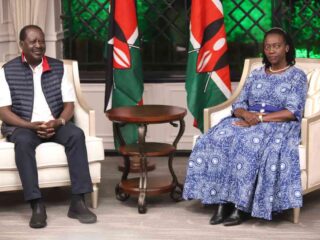 Ruto: We have no problem with IEBC staff as long as they are competent

Raila raises issue with IEBC insistence on the use of biometrics for voter...

Wajackoyah: All pregnant women will be paid a stipend by government

The Game Plan is a 30-minute sports magazine show on NTV and 3 hours on NATION FM. The show seeks to give the sports “fanatics” and “funatics” a comprehensive and an in-depth coverage of sports both locally and internationally.

This is THE STATEMENT Podcast. Here we look at the Kenyan Fashion Economy with experts, stakeholders, dissecting the wider impacts in the fashion industry.