In a statement on Wednesday, Ministry of Health Cabinet Secretary Mutahi Kagwe asked Kenyans to be wary of the high risk of the virus importation into the country.

“The general public is also advised to watch out for any person presenting with acute onset of fever, especially if in contact with persons with history of travel from Uganda and/or Democratic Republic of Congo within the previous three weeks,” Kagwe said.

The CS said the high risk is due to significant human movement between Uganda and Kenya for trade and other socioeconomic activities.

Even so, he advised people not to panic instead exercise extreme caution.

The ministry has requested that rapid response teams be activated to assist in the identification of any suspected cases and prompt reporting, particularly at Border crossings are among the formal land crossings.

Ebola virus disease (EVD) is a severe and often fatal illness in humans caused by Ebola virus. The virus is transmitted to people from wild animals and spreads in the human population through human-to-human transmission. Based on previous outbreaks, up to 67% of infected cases die.

An outbreak of Ebola was declared in Uganda after health authorities confirmed a case of the relatively rare Sudan strain in Ngabano village, Madudu Sub County, Mubende District. So far, one fatal case has been reported thus far, that of a 24-year-old guy who died on September 19, 2022.

Before developing Ebola-like symptoms and signs, the person had been treated for other illnesses. Ugandan health officials are currently performing contact tracing to find any close relatives of the deceased. Six previous suspicious deaths are also being investigated. 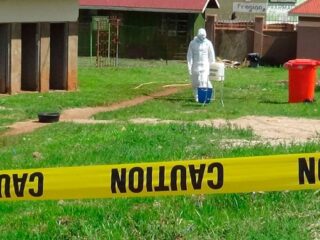 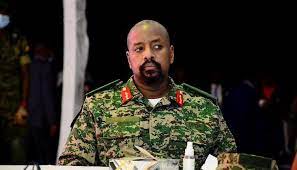