Following an appeal filed by the DPP, the High Court on Thursday, October 6, overturned former Kipipiri Member of Parliament Amos Kimunya’s acquittal in his fraud case.

Judge Esther Maina stated on Thursday that the prosecution had built a strong case against them and that the three should have been charged rather than acquitted.

In May of last year, Anti-Corruption Magistrate Felix Kombo acquitted Kimunya, saying that the prosecution had failed to establish a prima facie case against him in his Sh60 million fraud case.

However, in June of last year, the DPP filed an appeal against Kimunya and his two co- accused acquittals, claiming that the court erred in law by releasing them.

In this case, the former Minister of Lands was charged with land fraud for allegedly allocating public land to his firm improperly.

The alleged transfer of 25 acres to Midlands occurred on June 30, 2005, when he was Minister.

Kimunya, the then-Director of Land Adjudication and Settlement Lilian Wangiiri Njenga, and businessman Junghae Wainaina were indicted in 2014 for allotting public land to Midlands Limited, a company linked to the politician.

Kimunya, Njenga, and Wainaina were charged with abuse of office, failing to disclose private interests, and disposing of public property fraudulently.

Kimunya and Njenga allegedly used their positions in June 2005 to award to Midlands 25 acres of public land worth Sh60 million in Njabini, Nyandarua county.

However, Kombo released them, stating that they had no case to answer, prompting the DPP to seek an appeal.

Kimunya was charged with abuse of office and fraudulently disposing of public land, but the court cleared him on all charges. 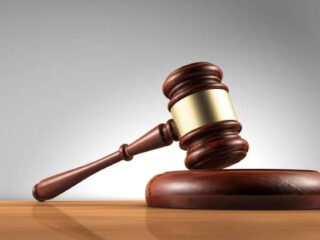 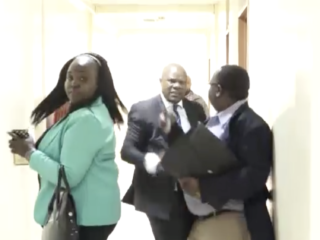 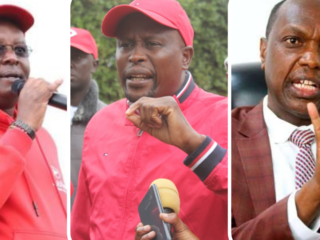 The Fallen Giants Of Mt. Kenya