Africa COP: Much more at stake, we cannot afford to lose

We’re into week two here at COP 27 in Sharm El Sheikh, Egypt – the business part of the annual gathering of world leaders to work out ways to save the planet.

The technical part of the negotiations closed late last Friday night with many issues still outstanding.   Over the weekend, the skies over Sharm were once more filled with aircraft carrying the ministers and delegates tasked with providing political guidance to steer COP27 to a positive outcome on Friday, the last day – a finale which we all very much hope, as we from Civil Society and citizens of the world are demanding, to quietly celebrate – ambitious actions to face down one of the greatest existential challenges of our time.

Cop27 is billed as the African COP due to its host country’s location in the northeast of this vast, mighty continent. Some 40,000 delegates have gathered on this most unlikely desert resort perched – and parched – on the Red Sea coast.

Across Africa, the effects of climate change are acute, numerous and ever-present, from drought to deforestation to pollution.Yet the people of Africa contribute the least of any region to climate change, responsible for just 4% of global human induced emissions.

But Africa and Africans are the most susceptible to climate change-related weather variability, which is impacting food and the continent’s nutrition security, livelihoods and sustainable development outcomes. Small and medium scale livestock farmers produce more than 60% of all animal products in Africa – and they are especially vulnerable to the impact of climate change.

Animal agriculture accounts for 37% of global methane emissions, and factory farming actively undermines food security because it diverts land to grow crops to feed farmed animals rather than humans.

With pig and poultry production expected to double in Africa by 2050, the Global North must not export climate-unfriendly factory farming systems to the continent.

At the time of writing, everything looks uncertain at COP 27 – a point confirmed when the Egyptian Presidency listed the outstanding issues at the stocktake on Monday.

Will the world leaders gathered here, under the guidance of the Egypt COP Presidency, be able to pull together and reach an agreement that takes us towards a climate safe future – a liveable and sustainable planet for people, animals and the rest of the natural world?

One thing is certain, the pace will intensify this week.

And we will be calling out factory farming – a hidden climate culprit. Across Brazil, China, the Netherlands and USA, the annual consumption of chicken alone has the same climate change impact as driving almost 29 million cars year-round.

As well as inflicting immense cruelty on animals, factory farming is starving the planet of a sustainable future.

It not only inflicts inhumane suffering on billions of animals – factory farming’s intensive methods lead to the destruction of wild habitats and release climate-changing emissions into the atmosphere, worsening heat waves, wildfires, floods and droughts, and undermining food nutrition and security.

Instead of offering food security for millions as claimed by big business, factory farming is fast undermining it.

One of the big outstanding issues is how to progress agriculture. The week one negotiations ended without any agreement and are continuing into week two. Reference to agroecology and plant-based proteins have been removed, so it now looks like food systems may not be included in the final official document.

While they can be added later, this is a very worrying development. An agreement still needs to be reached on whether, and how, mitigation efforts will be included in agriculture, and what equity considerations are between the global north and south. We believe it is not on Africa to be subjected to any mitigation strategies.

Adaptation we know will be included.

It is important to underscore how if left unchecked, industrial agriculture will according to projections, produce 52% of global greenhouse gas emissions in the coming decades – 70% of which will come from meat and dairy.

More than 25 African-based organisations signed a statement calling on the Global North to drop any plans to export unsustainable factory farming to Africa and demanding African governments to resist its entrenchment and instead back and promote traditional resilient African livestock systems.

World Animal Protection wants to see governments acknowledge the carbon footprint of factory farming and reduce emissions from it. This can be done by including ambitious agriculture plans and targets in the NDCs – the Nationally Determined Contributions – of countries.

And we want an immediate end to deforestation for animal feed supplied to factory farms.

Governments should also seek to reduce animal production and consumption overall by 50% by 20240. This means high meat-producing and consuming countries will need to make deeper cuts.

There’s much to play for in the remaining days here at the African COP – and we cannot afford to lose. 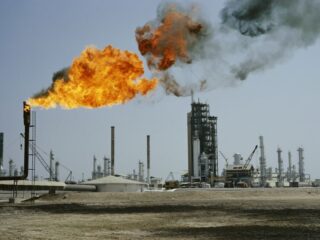 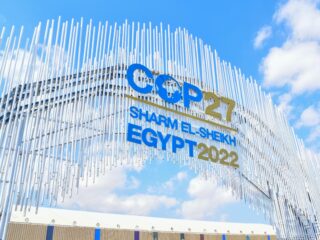 Africans express disappointment by the COP 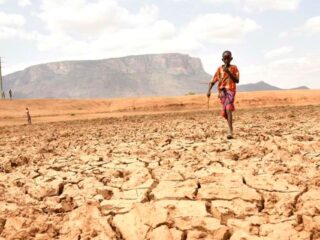