The October-November-December short rains season is just a few weeks away and as the Kenya Meteorological Department prepares to release a comprehensive forecast, IGAD’s Climate Prediction and Applications Centre is already warning that the season will be nothing to look forward to, not just in Kenya but the entire IGAD region.

ICPAC forecast says the short rains season is highly likely to fail, the four seasons before it. Over the last two years, the greater horn of Africa has been stuck in a drought said to be the worst in forty years, putting the lives of more than twenty million people at risk of starvation.

In Kenya, at least 23 counties have been seriously impacted by the drought, leaving 3.5 million people in dire need of food assistance. The latest drought assessment report by the National Drought Management Authority however projects that that number could rise to 4.5 million by the onset of the rainy season in October.

Ethiopia, Somalia, Eritrea, Tanzania, and Uganda are also likely to experience drier than average conditions, with higher-than-average temperatures across the region. ICPAC also predicts that the onset of the rains will be delayed across much of the eastern parts of the region including southern Ethiopia, central and southern Somalia, eastern Kenya, much of Burundi, and Tanzania.

On the other hand, parts of northern Somalia, western Kenya, Uganda, eastern South Sudan, Rwanda, and northern Tanzania are indicated to experience a normal to early onset.

“It pains me to be the bearer of bad news when millions of people in the region have already suffered the longest drought in 40 years. Sadly, our models show with a high degree of confidence that we are entering the 5th consecutive failed rainy season in the Horn of Africa. The situation is particularly dire in the worst hit regions of Ethiopia, Kenya, and Somalia where we are on the brink of an unprecedented humanitarian catastrophe,” said ICPAC’s director Dr. Guleid Artan in a statement.

In the same statement, IGAD’s Executive Secretary Dr Workneh Gebeyehu added that: “a month ago, with our partners FAO and WFP, we told the world that 50 million people are expected to face high levels of acute food insecurity this year across seven IGAD countries. Today, considering this grim climate forecast, conflicts in the region and in Ukraine, and macroeconomic challenges, I solemnly renew our call to national governments, donors, humanitarian, and development actors to adopt a no-regret strategy and help us weather the worse of this crisis.”

ICPAC is a designated Regional Climate Centre by the World Meteorological Organization. Its seasonal forecast is based on an analysis of several global climate model predictions customized for East Africa. 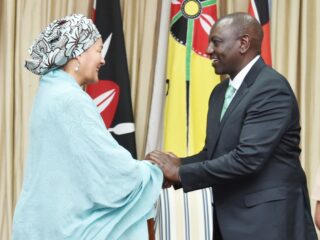 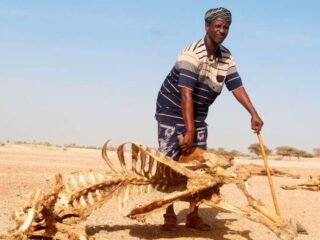