National Treasury and Economic Planning and the Privatization Commission has finalised the draft of the Privatisation Bill 2023.

Treasury CS Njuguna Ndungu has called for public opinion on the bill and has scheduled face-to-face meetings in various parts of the country to receive feedback and suggestions.

According to the newspaper notice dated January 24, “The Bill has been posted to the Privatisation Commission website (www.pc.go.ke) and the National Treasury website (www.treasury.go.ke).”

The draft bill seen by NTV digital aims to create a Privatization Authority to regulate the sector.

It sights the main objective of the Act as being to provide for the establishment of the Privatisation Authority and streamline the regulatory and institutional framework for the implementation of privatization.

However, the bill will not apply to the sale of shares in the secondary market, the sale of shares by an entity that conducts investment and divestiture as part of its mandate, the sale of new shares to existing shareholders through a rights issue, and any balance sheet reorganisation which may lead to dilution of the percentage of shares held by a public entity.

According to the draft, the implementation of the Act shall be guided by the following principles; the national values and principles of governance set out in Article 10 of the Constitution, transparency and accountability, efficiency and sustainability, and cost-effectiveness and value for public resources.

The Cabinet Secretary shall have the functions of providing policy direction on matters related to privatization, coordinating the adherence to national, regional, and international obligations relating to privatization, development, and formulation of the privatization programme, and overseeing the administration of this Act.

The Privatization Authority, once established, shall be a body corporate with perpetual succession and a common seal and shall, in its corporate name, be capable of suing and being sued, taking, purchasing, charging, and disposing of movable and immovable property, entering into contracts, and doing or performing all other things necessary for the proper discharge of its functions under this Act which may be lawfully done or performed by a body corporate.

Residents of Nakuru, Baringo, Uasin Gishu. Elgeyo Marakwet, West Pokot, Turkana, Trans-Nzoia, Nandi and Samburu regions are scheduled to meet at Starbucks Hotel and Restaurant Limited in Eldoret on January 31, from 8am to 2pm.

Similarly, residents of Mombasa, Kwale, Kilifi, Lamu, Tana River and Taita-Taveta are to meet at Travellers Beach Hotel and Club in Mombasa on the same day

For those in Wajir, Garissa and Mandera meet at Hidding Hotels Nairobi Co. Limited in Garissa while those from Kitui, Machakos and Makueni meet at Maanzoni Lodge in Machakos on the same day and time.

Nairobi, Kiambu, Kajiado and Nyandarua residents meet at the Kenya International Conventional Centre (KICC) on February 7 from 8am to 2pm. 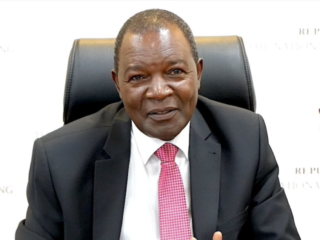 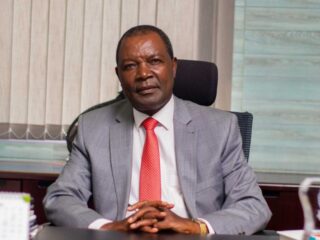