National flag carrier, Kenya Airways, has come out swinging in defence of its plane leasing arrangements as well as its financing operations saying leasing has seen the company save KSh.5 billion since 2019.

In a statement to media houses, Board Chairman Michael Josephs said, “We want to reiterate that the KQ lease arrangements are fully transparent and purely commercial. All lessors and financiers are internationally reputable companies and to refer to them in any other way erodes the confidence of these partners, who have partnered with KQ for many years.”

The company has also sought to allay concerns about the businesses it leases planes from, including China Development Bank (CDB) saying it uses internationally renowned lessors.

Michael Josephs dismissed concerns over the financing operations of Kenya Airways stating that they are in line with industry standards.

KQ is employing two types of financing to lease its planes. According to the company, it is employing financial leases which are long-term leases with an option to purchase the aircraft at the end of the leasing agreement. This is a method preferred by most financiers through creating Special Purpose Vehicles (SPVs).

The other is the operating lease which is a legal agreement between two parties, a lessor and lessee, where the lessor agrees to provide the aeroplane to the lessee (KQ) for a set period of time in exchange for regular payments called rentals or lease payments.

The national carrier is currently leasing 35 planes, 18 of which are under the finance lease and 17 are under the operating lease.

According to Josephs, everything the majorly publicly owned company is doing is aimed at restructuring the business towards profitability by 2024.

“We are also confident that our current efforts to turn around the airline by 2024 will bear fruit and would like to urge all our stakeholders to continue giving us support.”

KQ has increased its efforts to reduce fleet costs as part of programs to reduce expenses, which have been the cause of the carrier’s recent string of losses.

Fleet ownership expenses at the Group level decreased from KSh.28.6 billion in 2020 to KSh.16.6 billion last year, according to the airline’s 2021 Annual Report.

The fleet costs include short-term lease payments, depreciation on aircraft, as well as impairment charges for aircraft and associated equipment. 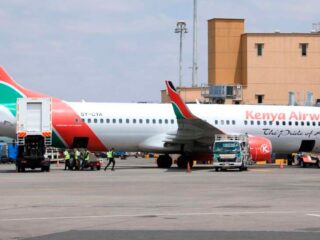 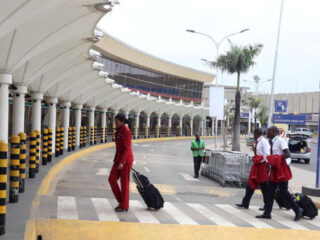 Trouble in the air: KAA workers down tools hours after KQ pilots 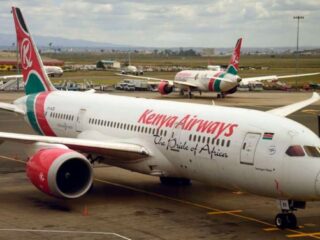 KQ CEO gives pilots 24 hours to report back to work