The Judiciary is promoting the use of the Alternative Justice System (AJS) in a bid to resolve the backlog of cases that have hindered the delivery of justice in the country.

According to the steering committee on the implementation of the AJS policy, over 90 percent of cases in the courts could be resolved through the system.

Unlike the Alternative Dispute Resolutions (ADR) mechanism, which has helped resolve tens of cases, AJS is structured and recognized in the constitution under Article 159(2).

Justice Joel Ngugi, who chairs the steering committee, stated that 79 percent of Kenyans preferred resolving their cases through AJS instead of going to the courts.

He described the system as faster, more effective, and cheaper, unlike the use of courts, where cases can take over three years to be resolved.

At a press conference held at Simba Lodge in Naivasha during the committee retreat, Justice Ngugi acknowledged that the lack of courts across the country has hindered the quicker dispensation of justice.

He added that currently, there are 126 courts across the country against 290 sub-counties, thus denying justice to those in remote areas.

However, Justice Ngugi also warned that not all cases could be resolved through AJS, which is becoming increasingly popular at the community level.

He identified the cases that could not be resolved through AJS as those involving interpretation of the constitution and matters concerning children, such as defilement and custody.

The steering committee’s vice chairperson, Steve Ouma, urged Kenyans to support the system, as it is enshrined in the constitution and is effective.

The acting CEO of the National Legal Aids Services, Flora Bidali, expressed optimism that the new system will help reduce the cases backlog in the country’s courts.

Air India has been fined $37,000 for its handling of an incident in which a drunk senior US bank executive was accused of urinating on a female passenger, Indian media reported.

The man allegedly relieved himself on the 72-year-old woman seated in business class on a November 26 flight from New York to New Delhi, an incident dubbed “peegate” by the media.

The flight’s pilot also had his license suspended for three months for “failing to discharge his duties” to ensure safety and discipline.

The banker, Indian national Shankar Mishra, was allowed to disembark as normal when the aircraft landed in India and no immediate action was taken.

The woman complained and, after the story was widely reported in the Indian media, police arrested Mishra weeks later after he went to ground and reportedly switched off his phone.

US bank Wells Fargo fired him from his job as vice president of its Indian operations after the “deeply disturbing” allegations.

Air India faced severe criticism for its handling of the woman’s complaint and the airline’s chief executive was forced to issue an apology.

“Air India acknowledges that it could have handled these matters better, both in the air and on the ground and is committed to taking action,” chief executive Campbell Wilson said.

Mishra has been refused bail. His lawyer, Ramesh Gupta, told a hearing last week that the woman, an Indian classical dancer, had in fact urinated on herself.

According to Indian media, Gupta also said that, because of where she was seated, it was impossible for Mishra to have urinated on her without also doing so on another woman who has “made no such complaint”.

The case is the latest embarrassing incident to be reported in India’s booming airline sector in recent months, including shirtless brawls and passengers having heated arguments with cabin crew.

Another inebriated man was accused of urinating on the blanket of a woman on a flight from Paris to India last month but no action was taken after he issued a written apology, reports said. 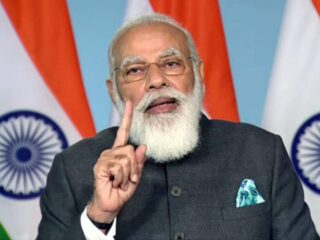 India unveils new G20 logo, website as it readies to take over presidency 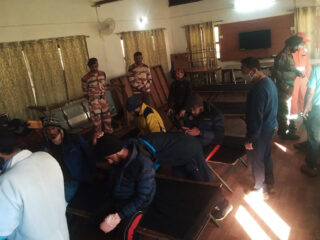