The nomination is for the song “Lift Me Up” which featured in the movie Black Panther: Wakanda Forever.

The song features other artists including Tems, Ryan Coogler and Ludwig Goransson.

The song was written by Tems and Ryan Coogler.

‘Lift Me Up’ was Rihanna’s first music in over 5 years. The single is the first solo single from the “Umbrella” singer since her album ANTI was released in 2016.

Rihanna is currently preparing for her upcoming big performance at the Arizona’s State Farm Stadium on February 12 for the Super Bowl LVII Halftime Show.

It is one of the most-coveted performance slots an artist can get, fans are hoping the performance will trigger the ‘Diamonds’ singer to release new music.

Jimmy Kimmel will serve as the host of the event, which will take place at the Dolby Theatre at Ovation Hollywood and air live on ABC and in more than 200 other countries around the world.

With 11 total nominations, including Best Picture, Best Directing, and four acting nominations, Everything Everywhere All at Once is the movie with the most this year.

Following with nine nominations each are The Banshees of Inisherin and All Quiet on the Western Front. 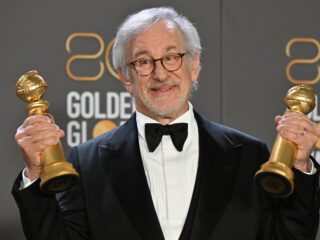 It is finally here: Real Housewives of Nairobi to premier on Feb 23

The year of Beyonce? Music’s elite head to the Grammys

Kenya Association of Music Producers secures operating license after a...