In less than a week, the price of some goods is set to increase, as Kenya Revenue (KRA) moves to implement inflation adjustment on specific rates of excise duty, beginning 1st of October.

Some of these products include chocolate, bottled water, fruit juice, alcohol, and cigarettes, among others.

Inflation adjustment on specific rates of excisable goods was introduced by the Excise Tax Act 2015. It empowers KRA’s Commissioner-General to adjust specific rates based on the previous year’s average inflation rate.

At a time when Kenyans are struggling to make ends meet and businesses continue grappling with shocks arising from the pandemic, the proposed inflation adjustment could not have come at a worse period.

Let us take an example of the manufacturing sector, whose contribution to the GDP stood at 7.6 % in 2020, against the targeted 15% under the current Government’s Big Four Agenda. The proposed annual inflation adjustment will further aggravate this dire situation.

Additionally, the pandemic continues to have long-running ramifications on economies, businesses, and households. According to the Kenya National Bureau of Statistics (KNBS) Economic Survey 2021, activities in the manufacturing sector slowed down last year, mainly due to the impact of COVID-19. The sector’s real Gross Value Added (GVA) is estimated to have contracted by 0.1 per cent in 2020, compared to a 2.5 per cent growth in 2019.

Another reason why inflation adjustment needs to be halted is that the main markets for excisable goods (aviation, hospitality and tourism) were the most adversely impacted by the pandemic, and may take a while to recover. From the Economic Survey 2021, air transport and accommodation, and food services contracted by -52.7% and -47.7%, respectively in 2020. This is attributed to measures put in place to mitigate the spread of the virus, which led to a sharp decline in excise tax revenue. KSh 10.9 billion was collected on May 2020, compared to 19.9 Billion in May 2019. As such, an increase in excise tax revenue can only be achieved if the hospitality and aviation industries fully recover.

Over the years, the annual inflation adjustment has not necessarily yielded increased tax revenues. For instance, excise tax payments for cigarettes declined by 12% in 2020 despite the implementation of the 4.94% annual inflation adjustment. This proves that increasing excise tax increase has reached its limit, and can no longer yield additional revenue for the government.

Tax policies that make locally made excisable goods a lot more expensive than imports open up room for illicit trade to thrive. Consumers will be forced to opt for cheaper products, which may be illicit or counterfeits. Illicit trade had been prevalent for cigarettes and alcoholic beverages, even before the pre-pandemic period. For example, independent research conducted in July 2020, indicates that approximately 11.4% (600 million sticks) of cigarettes sold in Kenya are illicit. This translates to an annual revenue loss of about Ksh. 2.2 billion. Another 2018 study by World Health Organization (WHO) revealed that an estimated 44% of alcoholic beverages consumed in Kenya are illicit and the government loses an estimated Ksh. 78 billion.

The annual inflation adjustment undermines the viability of both existing and future investments. Annual inflation adjustment will also discourage potential investors from venturing into the excisable goods segment of manufacturing, because of the numerous tax obligations. This is an undesired outcome because Kenya is a capital deficient economy requiring both domestic and foreign investments.

The inflation adjustment is in effect, inflationary. The rate of inflation increased from 6.44% in July 2021 to 6.57% in August 2021. This was mainly driven by increased prices of food and non-alcoholic beverages (10.67%); transport (7.93%); and housing, water, electricity, gas, and other fuels (5.07%). All these will be adversely impacted by the inflation adjustment of the affected goods. As such the prices of goods can only be expected to further increase. Pump prices have already reached historically high levels, with a large portion constituting taxes and levies, to the detriment of manufacturing and the economic well-being of Kenyans.

Inflation adjustment on specific rates of duty shall frustrate efforts towards speedy recovery and resilience of the affected manufacturers. It will also work against the intended post-COVID-19 economic recovery. We, therefore, call for a moratorium on the implementation of the inflation adjustment.

The writer is the CEO of Kenya Association of Manufacturers and the Global Compact Network Kenya Board Chair. 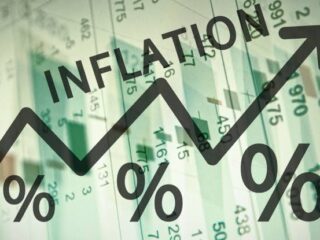 Why inflation adjustment should not be implemented 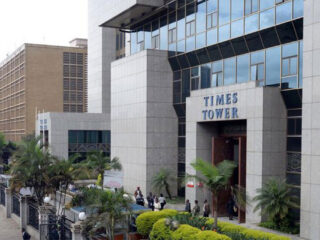 Inflation adjustment of excise tax: Here’s what you need to know 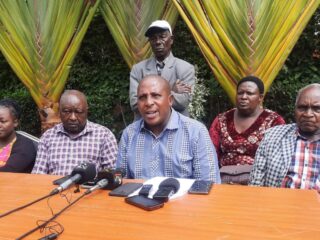 Kenyans to dig deeper into their pockets as inflation adjustment takes...

Promotion of climate-friendly cooking in Kenya

CBK raises lending base rate to 8.25%

This is THE STATEMENT Podcast. Here we look at the Kenyan Fashion Economy with experts, stakeholders, dissecting the wider impacts in the fashion industry.