Inflation adjustment of excise tax: Here’s what you need to know

On September 1st, 2022, the office of the Kenya Revenue Authority (KRA) Commissioner General issued a public notice indicating it planned to revise upward specific excise duty rates for a number of products by 6.3 per cent effective October 1st, 2022.

Ever since there has been a hue and cry about the planned move and what it would mean for the cost of living which is already trending at a five-year high (August 2022 headline inflation closed at 8.5%).

So, what’s the inflation adjustment of excise tax all about?

What the law provides

Section 10 of the Excise Duty Act 2015 (Revised edition of 2021) empowers the Commissioner General of KRA to adjust the specific rate of excise duty once every year to take into account inflation. This has to be done via gazette notice and with the approval of the Treasury Cabinet Secretary. The formula prescribed provides that adjustment will be calculated based on the average rate of monthly inflation of the preceding financial year. In the present case, for instance, the average inflation rate for the last financial year (i.e., July 2021 to June 2022) was 6.27% and that explains the intended adjustment of 6.3%.

What’s the rationale for inflation adjustment?

There are two ways of subjecting a product to excise tax. The first is through a specific route. Specific excise tax happens where the tax is imposed per quantity of product. For example, in the present excise regime, the rate on fruit juices is Kes 13.30 per litre and that on beer is Kes 134 per litre. The second is to have excise tax based on the value of a product (ad valorem). For example, imported furniture is subjected to an excise tax of 25.0%.

The rationale for inflation adjustment of specific excise rates is that whereas rates based on the value of a product self-adjust depending on the price changes, specific rates do not. Suppose a bottle of fruit juice sold today at Kes 220 attracts Kes 13.30 per litre in excise, if the same bottle is sold at Kes 250 a year later, the excise rate would still be static at Kes 13.30 per litre unless it is deliberately adjusted to reflect the price change.

Four things concern me about the proposed inflation adjustment of excise duty. First, this move will nudge further upward pressure on the cost of living at a time when inflation is already considerably high.

Second, on the list of items proposed for adjustment are petroleum products. This exposes Kenyans to the double whammy of dialling down on the subsidy and now higher excise duty rates which, if translated to the end consumer, mean higher costs.

Third, the expectation that prices will go up by 6.3% could be misguided when one considers that per Section 13 (3C) of the VAT Act, Value Added Tax is slapped on a product once excise duty has been baked in. In essence, the net effect from a price increase standpoint risks being larger than the 6.3% envisioned through the planned adjustment.

Finally, could KRA risk the perverse outcome of lower tax yield with this adjustment coming at a time when disposable incomes are already considerably depressed by the prevailing high cost of living? 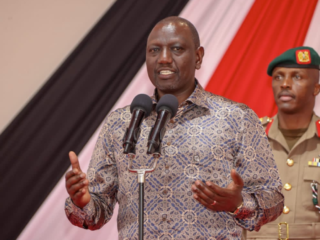